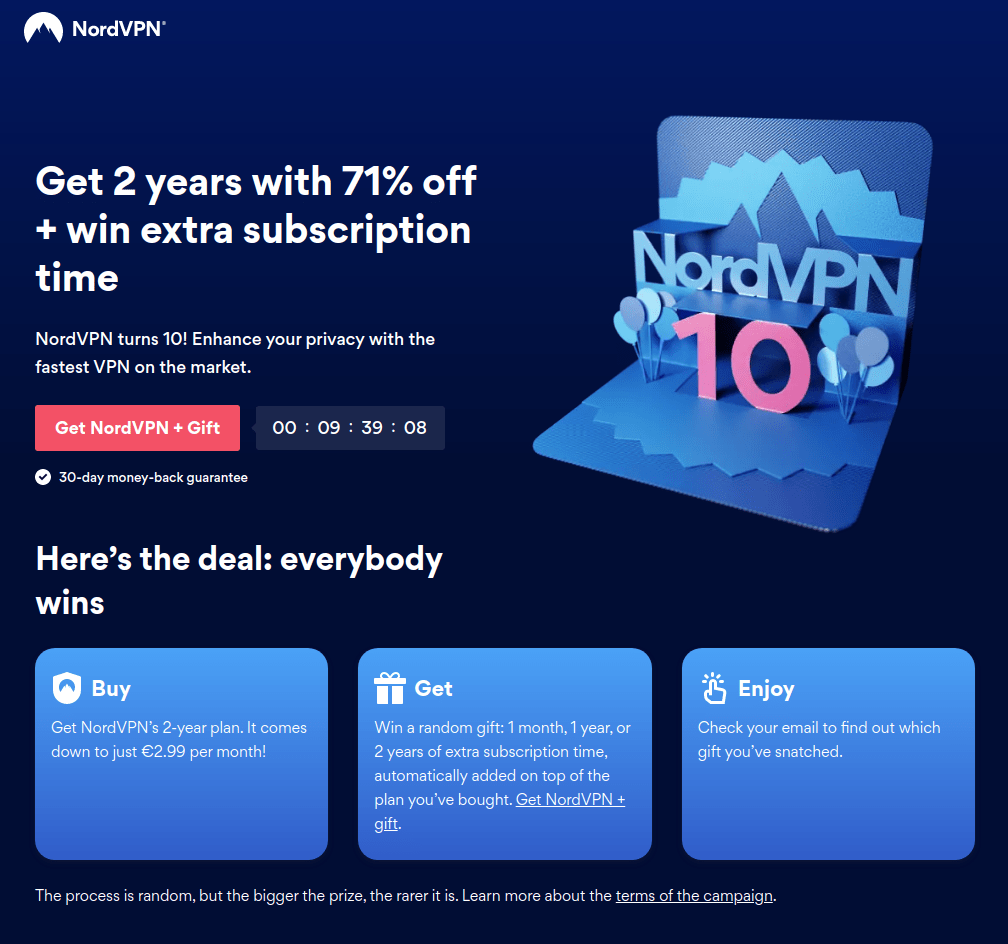 A VPN offers an easy and reliable way to protect your online security and privacy.

Anyone who uses the internet can greatly benefit from using a VPN.

As a software developer, a VPN can be even more crucial as you can protect your team and your customer’s data with one.

What Is a VPN?

A VPN or Virtual Private Network is a service that makes your online presence private and secure.

A VPN encrypts your IP address and hides your online activity from third parties, such as hackers, the government, or the ISP.

A great VPN is a service that has a big number of servers across the globe.

A VPN is easy to use. You can change your IP address with a single click of a button. When you do this, the VPN creates an encrypted tunnel that acts as an intermediary between you and your ISP. If someone were to intercept this connection, all they would be able to get is your VPN server’s IP address, not yours.

This is great news for several types of people:

VPNs Are Not Only for Security

These services block access based on your IP address.

The IP address is easy for them to determine. This is because all data passing between their servers and your browser has to pass through their servers first.

So they can easily check where you are when you connect and block you if necessary.

But using a VPN server in another location will hide your true IP address. This allows you to access blocked content or use online streaming services anywhere in the world.

This is useful if traveling outside the US where it is difficult or impossible to access services like NBC and Hulu.

Why Does a Software Developer Need a VPN?

Just like anyone else, a software developer should use a VPN to generally improve online security and privacy.

However, if you work as a software developer, there is a bunch of really good reasons why you should use a VPN.

With all these benefits in mind, let’s dive into the list of 10 best VPNs for developers.

Here is a list of the 10 best VPNs for software developers.

NordVPN is a VPN service that allows you to securely browse the internet without worrying about security.

The client connects to the VPN server, encrypting your traffic. The encrypted data is sent through the VPN tunnel to the VPN server where it is decrypted and forwarded to its original destination.

All of this happens in a matter of seconds.

Your ISP only sees a garbled mess when trying to look at your internet activity. In addition, websites can’t see who you are or what you’re up to because all they see is the IP address from the VPN server.

NordVPN Is Best For Someone Who Is:

NordVPN Is Not for You If:

ExpressVPN is one of the most trusted VPN providers on the market.

Here’s why you should consider using them:

ExpressVPN offers you a nice 30-day money-back guarantee. It also offers you a monthly plan if you do not want to sign up for a longer plan.

ExpressVPN Is Best for Someone Who Is:

ExpressVPN Is Not for You If:

Surfshark is a VPN that provides online security and privacy to its users.

The main feature of Surfshark is a VPN service that focuses on privacy.

However, it also includes a broad variety of other types of security features other than just encrypting your data.

As an example, you can use the Whitelister tool to split tunnel your traffic. This means you can send most of your traffic through the VPN tunnel, while direct traffic comes outside of the VPN servers.

You will find clear instructions on how to use these features in the app.

Surfshark also has a strict no-logs policy, so the user’s online activities are completely secure from surveillance or data collection.

Surfshark VPN can also unblock geo-restricted websites like Netflix US, Hulu, BBC iPlayer, etc., in countries where these services are not allowed by geographic restrictions.

The VPN service by Surfshark is available on all popular platforms like Windows, Mac, Android, and iOS.

Surfshark provides unlimited server switches across 1700 servers in 63 different countries. The subscription plans are fairly cheap as compared to the features they provide.

Surfshark Is Best For Someone Who Is:

Surfshark Is Not for You If:

IPVanish is a VPN service that has over 1600 servers in over 75 locations.

Their software works on every major operating system and provides a large number of exit nodes in various countries around the world.

You can protect an unlimited number of devices using IPVanish.

IPVanish is Recommended For Someone Who Is:

IPVanish Is Not For You If:

CyberGhost is a popular VPN service that offers strong encryption and a large network.

As a CyberGhost user, you can connect to a VPN server and access region-locked content, and use torrenting apps.

You can access some of the most popular streaming services, such as Amazon Prime, BBC iPlayer, HBO Now, and much more.

These servers are outside of the reach of government surveillance agencies. These extra servers are good for someone who is worried about the government seeing what you do on the internet.

CyberGhost Is Recommended For Someone Who Is:

CyberGhost Is Not for You If:

ProtonVPN is a VPN service developed by the same people that developed ProtonMail, an encrypted email service based in Switzerland.

ProtonVPN provides fast access with lots of configurable servers at low price points. It has 1080 servers across the globe in 54 different countries.

In my opinion, their best feature is the Secure Core, the ProtonVPN’s own set of carefully protected VPN servers. It creates an extra layer of encryption through multiple servers. This way if a hacker wanted to hack your connection somewhere along the line it would be very difficult as they would have to hack encryptions for multiple data packets.

ProtonVPN Is Recommended For Someone Who Is:

ProtonVPN Is Not for You If:

PureVPN is an elite VPN service that will allow users to browse the internet freely and securely. PureVPN has over 6500 Servers in 78+ Countries.

With PureVPN, you can access some of the most popular streaming services, including:

These services are commonly geo-restricted.

With a quality VPN like PureVPN, you can bypass these restrictions by connecting to a server in a country without the restrictions.

PureVPN Is Recommended For Someone Who Is:

ProtonVPN Is Not for You If:

TorGuard is a high-quality VPN service. TorGuard has a strict no-log policy, and 30-day money-back guarantees.

Torguard’s VPN service is a powerful product. It comes with the implementation of a bunch of different security options.

TorGuard, as the name suggests, is a great VPN for torrenting. Sometimes it might even work in very restricted countries, such as China.

TorGuard Is Recommended for Someone Who Is:

TorGuard Is Not for You If:

AtlasVPN is a Virtual Private Network service that aims to provide a simple and affordable way of protecting your privacy when browsing the internet.

AtlasVPN has clients for Windows, macOS, Android, iOS & Linux. They have 700 servers in 31 countries.

A really great option when using AtlasVPN is to use the SafeBrowse feature. It blocks malicious websites with the potential of infecting your device with malware.

Better yet, there is also a data breach checker to detect if your data has been compromised.

There is also a SafeSwap feature that rotates your IP addresses while connected to the VPN.

AtlasVPN Is Recommended for Someone Who Is:

AtlasVPN Is Not for You If:

Norton as a company is popular for its antivirus software.

Norton VPN includes an ad blocker to get rid of pushy banners, popups, or redirects that could expose you to malware and other unwanted programs.

The WI-FI security mechanism keeps your devices always protected in a public WI-FI for example.

Last but not least, the split tunneling feature allows you to customize which traffic flows through the VPN and which does not.

Norton VPN can run 10 simultaneous connections. The VPN apps are available for the main platforms, that is, iOS, macOS, Windows, and Android.

Norton VPN Is Recommended for Someone Who Is:

Norton VPN Is Not for You If:

Today you learned why it is important for a software developer to use a VPN.

In addition, I showed you a list of popular and trusted VPNs out there in the market.

Thanks for reading. I hope it helps.

Hi, I'm Artturi! I'm an entrepreneur and a blogger from Finland. My goal is to make coding and tech easier for you.
All Posts »
PrevPreviousWhy Is Python So Popular?
NextHow to Start Learning Python in 2022: Job-Ready in 6 MonthsNext