How to Read the Last Line of a File in Python 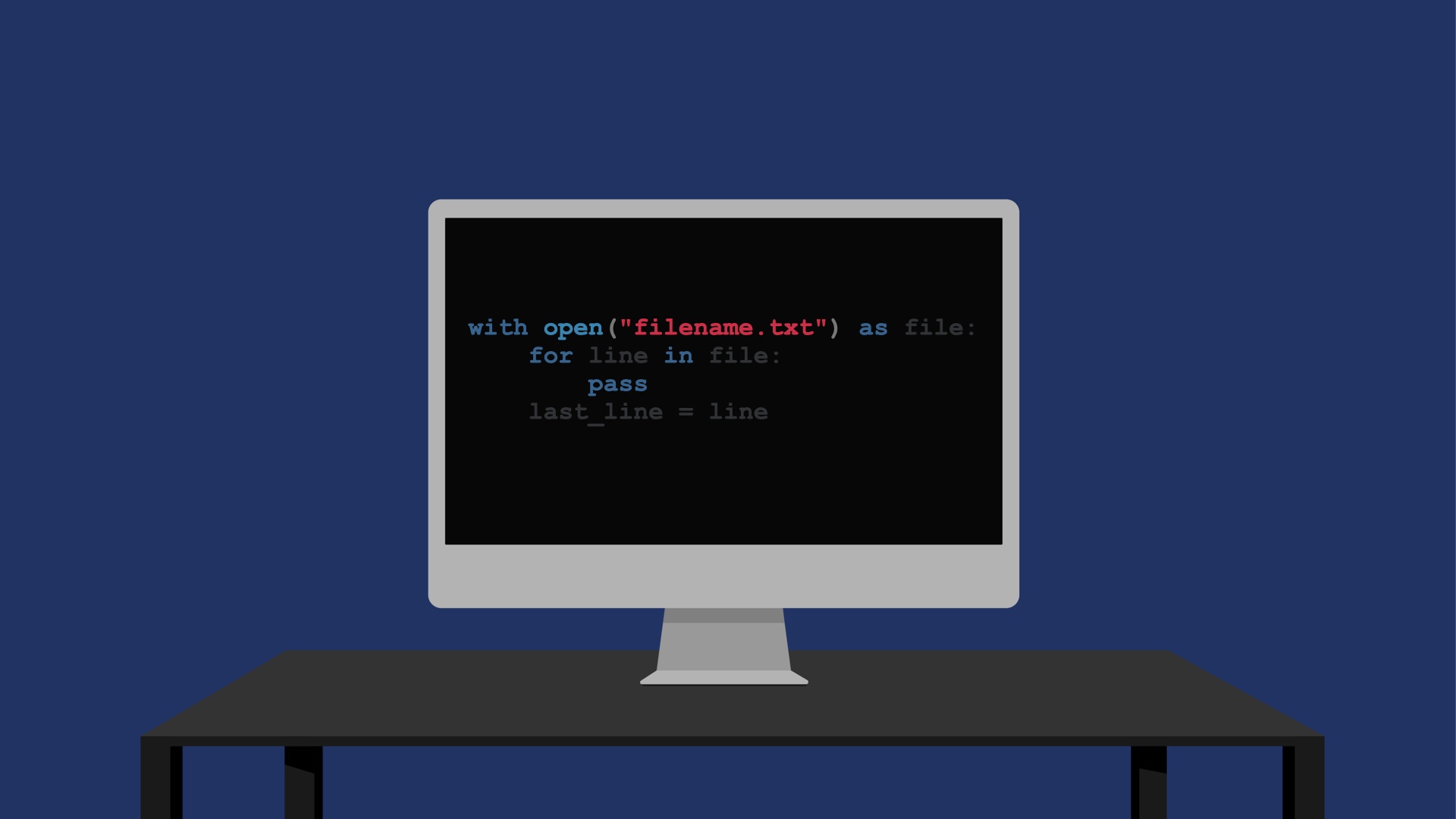 To read the last line of a file in Python without storing the entire file in memory:

Here is an example:

The most naive approach to read the last line of a file in Python is:

Find the Last Line of a Large File in Python

If you have a big file you don’t want to store in memory or loop through the way you saw previously, you can rely on seeking the file.

To find the last line of a large file in Python by seeking:

However, by looking at the code, it is not trivial to understand how it works.

How Does File Seeking Work in Python

To read the last line of a file by seeking in Python, the file reader is moved at the very last character of the file. Then the reader jumps backward character by character until it reaches the beginning of the last line. Then it reads the last line into memory.

Here is an illustration of how the code finds the last line in a file with three lines of text:

Let’s take a look at the code in a bit more detail.

First of all, seeking means setting the file reader’s position in the file.

In Python, you can only seek binary files, so you need to read the file as a binary file.

The seek() method follows this syntax:

The offset specifies how many characters to move. Use a negative value to move backward.

The whence argument is an optional argument that can be set

First of all, let’s simplify the above code a bit by removing the error handling, and the os module constants:

Now that you understand how the seek() method works, you can understand the code:

So the process is as follows:

Notice that seeking a file only works with binary files. This is why the file is read in binary mode. Also, notice that as you are dealing with a binary file, you need to jump two characters left to read one character to the right.

Now, let’s bring back the try-catch error handling to make sure the file is not exactly one line long. Because if it is, the seek() will never encounter a line break character as there are none. Let’s also use the os module’s constants SEEK_END and SEEK_CUR instead of plain 1 or 2:

Now you learned how the seeking approach works when reading the last line of a file in Python.

Today you learned 3 ways to read the last line of a file in Python:

Pick one that best fits your needs.

I hope you find it useful. Thanks for reading!

Hi, I'm Artturi! I'm an entrepreneur and a blogger from Finland. My goal is to make coding and tech easier for you.
All Posts »
PrevPreviousSwift Check If an Array Contains an Object with Property
NextWhat Is a Completion Handler in SwiftNext