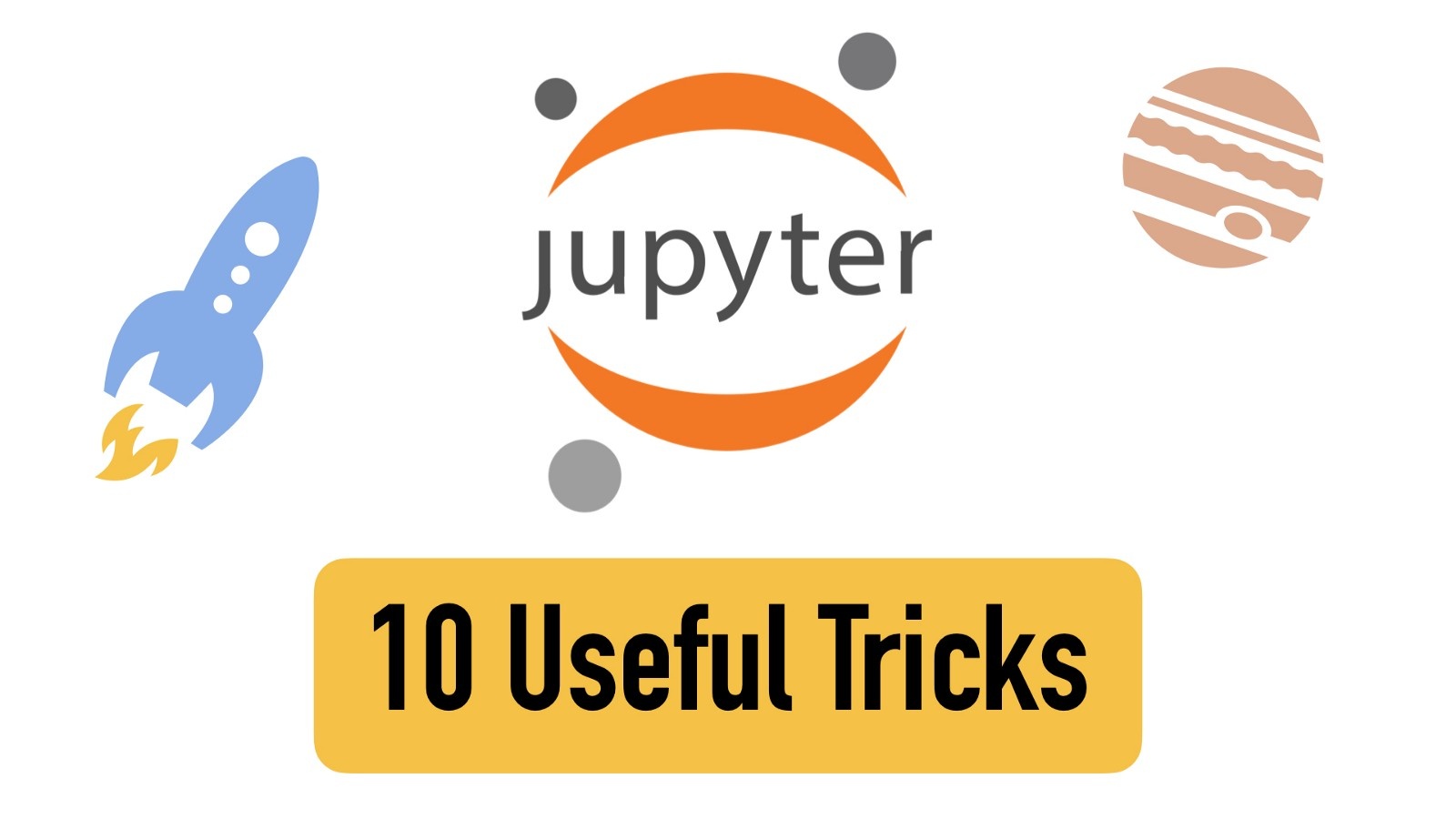 Here is a list of useful Jupyter Notebook tips and tricks. The list is in no particular order.

Do you exit your notebook to run a shell command?

You can run shell commands in your Jupyter Notebook by placing an exclamation mark before a command.

Learning useful shortcut keys for working with Jupyter Notebooks can streamline your workflow over time.

In Jupyter, there are a bunch of magic commands to make your life easier.

A magic command is a shortcut to solve common problems, such as listing all the files in the current directory.

Here are a bunch of useful magic commands:

View all the magic commands

To get more info about a specific magic command, highlight it and press Shift + Tab:

Use %%time to get the elapsed time of running a cell of code.

Save time when editing code by working with multiple cursors.

Ring an alarm when your program has completed execution.

On Windows, you can produce a beeping alarm. For example, let’s set an alarm of 440HZ for one second (1000ms):

Instead of a beeping alarm, you can use the built-in say command to make your Mac say something when your program completes:

Jupyter Notebook is a great tool, but a bare notebook lacks useful features. This is where the extensions kick in.

For instance, use the Code Prettify extension to make your code look structured and beautiful with one click of a button:

8. View the Documentation of a Method

9. Extend the Number of Columns and Rows Shown in pandas

A pandas table can only show a limited number of rows and columns. However, you can change that.

For instance, let’s set the max output rows and columns to 1000:

Use a semicolon at the end of a statement to suppress an annoying output. For example, when plotting with Matplotlib, you see a somewhat redundant output before the graph:

To get rid of this, use a semicolon after the plotting statement:

That’s it for the list. I hope I was able to increase your productivity and save your time with these Jupyter notebook tips.