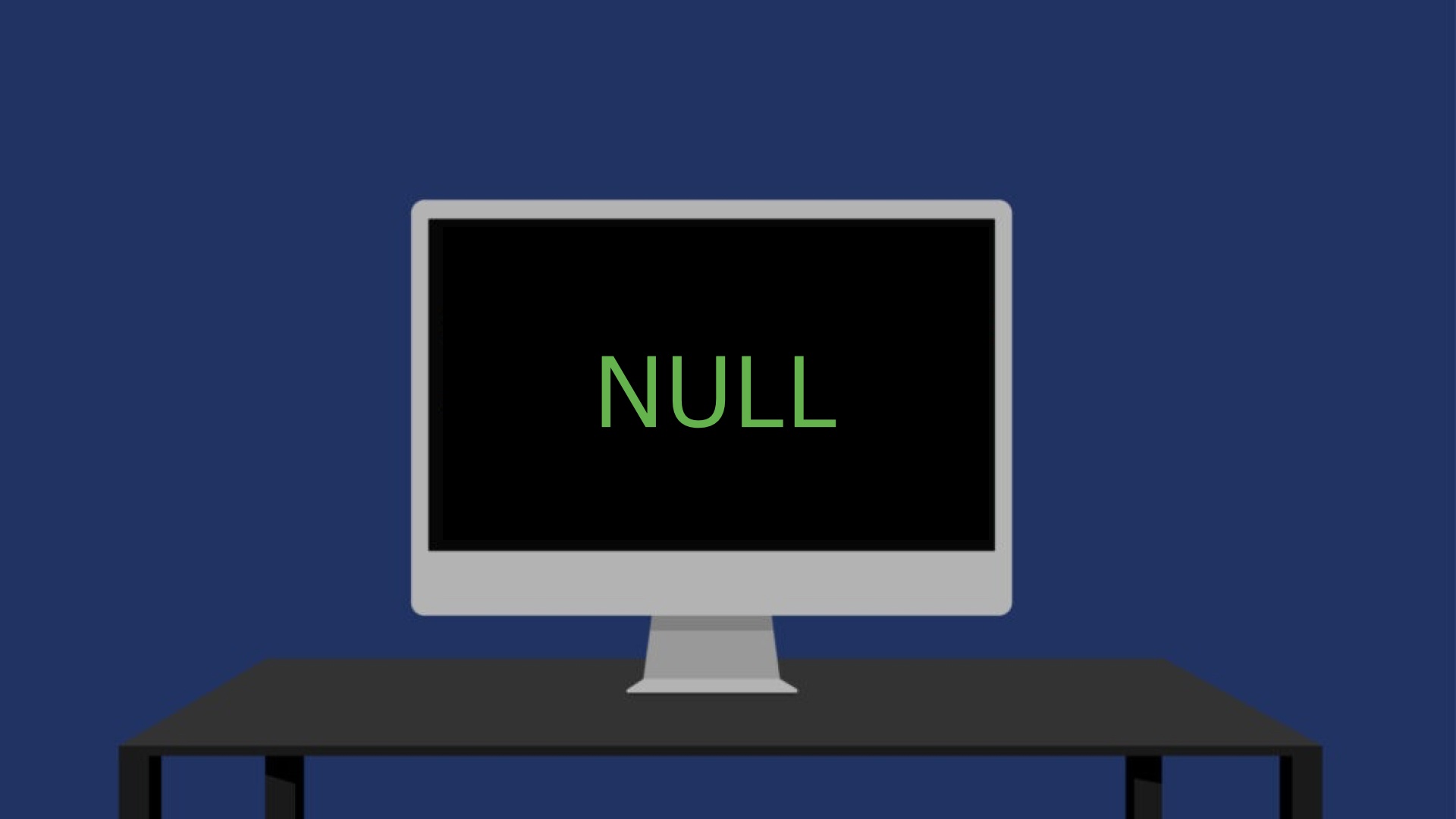 In Python, there is no such value as null.

Instead, Python has None that represents null.

You can use an if-statement to check if a value is None in Python:

Today, you are going to learn everything about the None object in Python.

History of Null Values in Programming

In programming, a null value means a parameter does not have a value (at least yet).

To get a better idea about null values, let’s use a real-life example.

Let’s say you have a variable n that represents how much money you have.

Many programming languages represent this absence of value as null.

However, in Python, None is used instead.

In Python, a function automatically returns None when there is no return statement in a function.

For example, let’s create a function that does not return anything.

The simplest way to do this is by using the pass statement:

Let’s call this function and print the returning value:

As you can see, the function returns None.

Python’s built-in print() function does not return anything. This is a fact that you have probably not thought about before.

Because the print() function does not return a value, it returns None.

To see this, you can print the result of a print() call:

Instead of printing “Example”, None is printed is because print(“Example”) itself returns None.

Facts About None Object in Python

Here are some facts about the None object:

Here I am using Python REPL to verify these:

How to Use and Deal with None in Python

In Python, None represents the absence of a value.

You commonly use None to:

You also commonly see NoneType in the traceback error messages.

This is because you have an unexpected None value somewhere in the code and you try to use it.

None is commonly seen when making comparisons in Python.

To compare an object with None, use the identity operator is (and is not).

Generally, to check if a value is None in Python, you can use the if…else statement.

For instance, let’s check if a name variable is None:

None as a Default Parameter

A None can be given as a default parameter to a function.

This means if you call the function without specifying the parameter None is used as a fallback.

For example, let’s create a function that greets a person only if a name is given as an argument:

This function works such that:

None as a default parameter is a common way to use None in Python.

If you take a look at the official documentation of Python, you see None used this way in the list.sort() method for example.

The key parameter is None by default.

Debugging a NoneType in a Traceback

When writing Python code, you commonly stumble across an error like this one:

If you see this or any other error with the word NoneType it means you are using None in a way it cannot be used.

In other words, something that is not supposed to be None is accidentally None.

For instance, let’s create a function that returns a list of names and call it:

Instead of printing the names, an error occurs:

This happens because we forgot to return the names in the give_names() function.

As you learned earlier, when a function does not use the return keyword, None is returned automatically.

As a result of this little mistake, we try to iterate over the None object.

In this case, the fix is simple—return the names from the function:

Now the function works as we expected:

This serves as one example of how to track down an error with NoneType.

Whenever you see this error, something similar is happening.

None Object Under the Hood in Python

In many popular programming languages, null is just a 0 under the hood.

In Python, this is not true.

Just like everything else in Python, None is an object.

This is easy to verify by checking the type of None in Python REPL:

The type of None is NoneType. This is because NoneType is the base class that implements the None object.

In Python, None is a singleton object.

This means there is only one None in Python at your disposal.

No matter where you see None, it is always the same None none object.

Let’s verify this by creating multiple variables with None as their value and checking their id:

All the variables return the same id.

This verifies that there is only one None.

In other words, the variables n1, n2, and n3 are also the same object because they point to the same memory address.

None Is a True Constant in Python

Let’s go further into the details of None.

None is an object in Python. But it is a special object that you cannot modify.

Let’s see what happens if you try to modify the None object in Python:

Also, you cannot add properties to the None object:

Modifying the None object is not possible, because it is a true constant in Python.

As discussed earlier, this can cause errors and bugs in your code. Luckily, the error message is clear enough to tell you what is going on.

Subclassing the underlying type NoneType of None is not possible.

Python null is called None.

None is a special object that represents the absence of a value.

A function that does not return a value automatically returns None.

Comparisons with None evaluate True only when comparing None with itself.

Any other comparisons yield False.

Hi, I'm Artturi! I'm an entrepreneur and a blogger from Finland. My goal is to make coding and tech easier for you.
All Posts »
PrevPreviousPython String Zfill Method
NextThe with Statement in PythonNext