Home » Python Exponent – Raise a Number to a Power

Python Exponent – Raise a Number to a Power 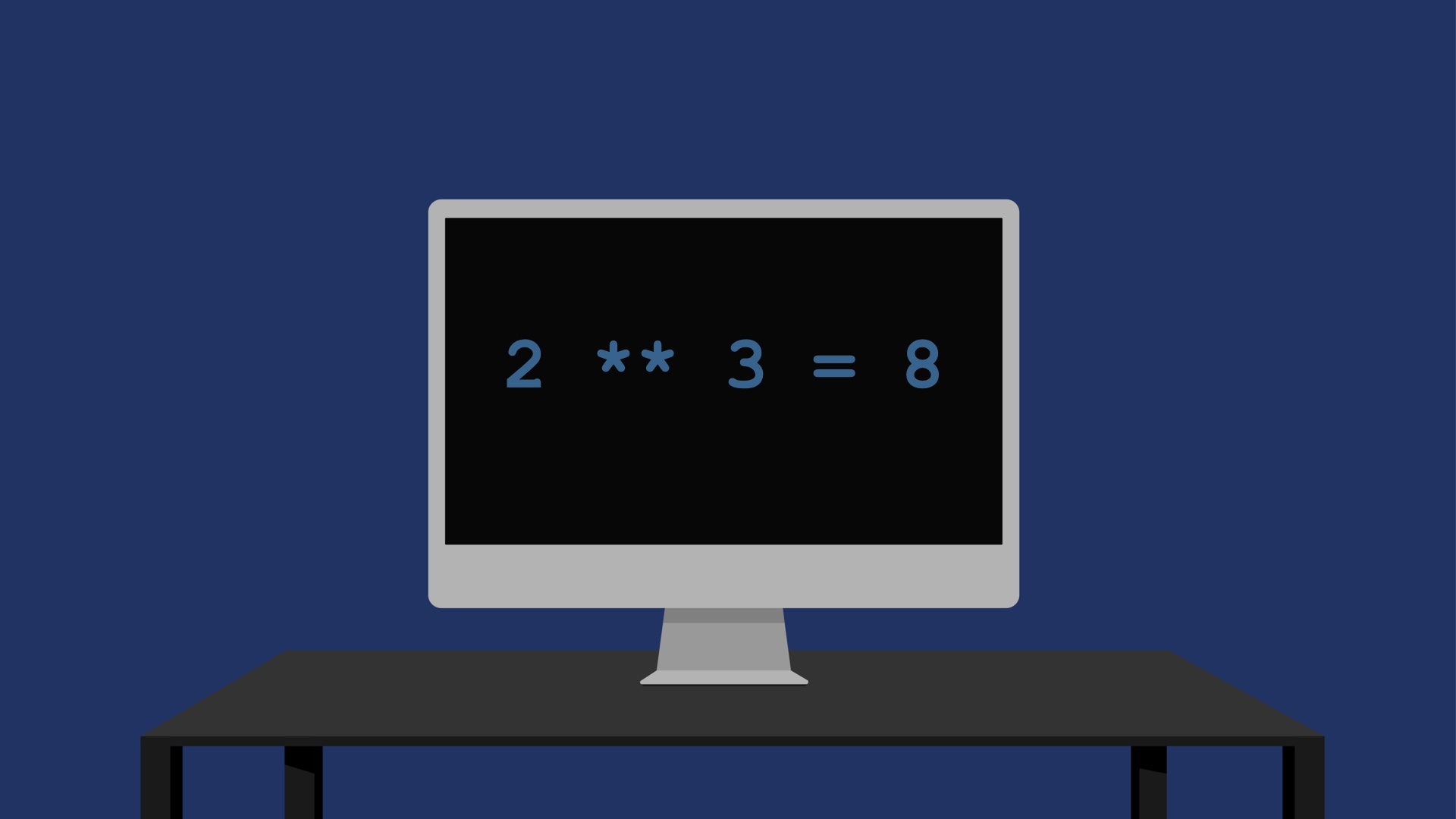 To raise a number to a power in Python, use the Python exponent ** operator.

For example, 23 is calculated by:

And generally n to the power of m by:

What Is an Exponent in Maths

The operation involving exponents is called raising a number to a power.

That’s it for the maths part. Let’s see how to calculate exponents in Python.

Let’s also get to know the exponent notation, which can help you represent large and small numbers.

How to Raise a Number to a Power in Python

There are three ways you can raise a number to a power in Python:

Let’s go through each of these with examples. We are also going to discuss the subtle differences between these methods.

You can use the double-asterisk operator to raise a number to a power in Python.

You can also use the built-in pow() function to raise a number to a power.

Finally, you may also use math.pow() function to raise a number to a power. Just remember to import the math module into your project.

This function does the same thing as the two earlier power calculating approaches. But it is most efficient with floats.

There are three main ways to raise a number to a power in Python. Let’s discuss the differences between them.

All three approaches work almost identically with one another. But there are some slight differences you may be interested to learn.

Let’s go through each of these main differences in a bit more detail.

The double-asterisk approach is slightly faster than pow() or math.pow(). This is because it does not involve a separate function call.

If you want to raise a number to a power and have the result as a float, you can use math.pow(). This way you don’t have to separately convert the result to float yourself. This is very subtle, but the difference is there.

3. Math.pow() Does Not Accept Imaginary Numbers

The built-in pow() function and the ** operator support imaginary numbers. But math.pow() does not.

The built-in pow() function has a special use case for computing ab mod c. To do this, pass a third argument to pow() call.

It turns out this approach is faster than using the ** operator for doing the same:

Let’s make a comparison by using the timeit module and let’s use some big numbers:

All in all, the differences between pow(), math.pow(), and ** are subtle but they exist. If you are a beginner, it does not really matter which approach you use as long as it works.

Now that you know how to raise numbers to powers in Python, it’s time to learn what the exponent notation means in Python.

The exponent notation becomes handy with numbers that have a lot of digits.

For example, a big number like one billion (1 000 000 000) can be hard to read in Python. This is where the exponent notation helps. It lets you replace powers of ten with e or E.

To overcome the readability issues, you can denote small numbers with the exponent notation e or E as well.

To denote this number in an exponent form, you can use the e notation. This time, however, you need to use a negative exponent (as the number is less than 1). This means billion becomes 1e-09.

Here are some random examples of representing numbers in the exponential form:

To raise a number to a power in Python, you can use the double-asterisk operator **:

Or you can use the built-in pow() function:

Or you can use the math.pow() function especially when dealing with floats:

To denote a number in the exponent form, replace powers of 10 with e or E:

Thanks for reading. I hope you enjoy it.

Hi, I'm Artturi! I'm an entrepreneur and a blogger from Finland. My goal is to make coding and tech easier for you.
All Posts »
PrevPreviousHow to Print a List in Python
NextHow to Convert a List to a String in PythonNext