Python What Is the Difference Between a Function and a Method 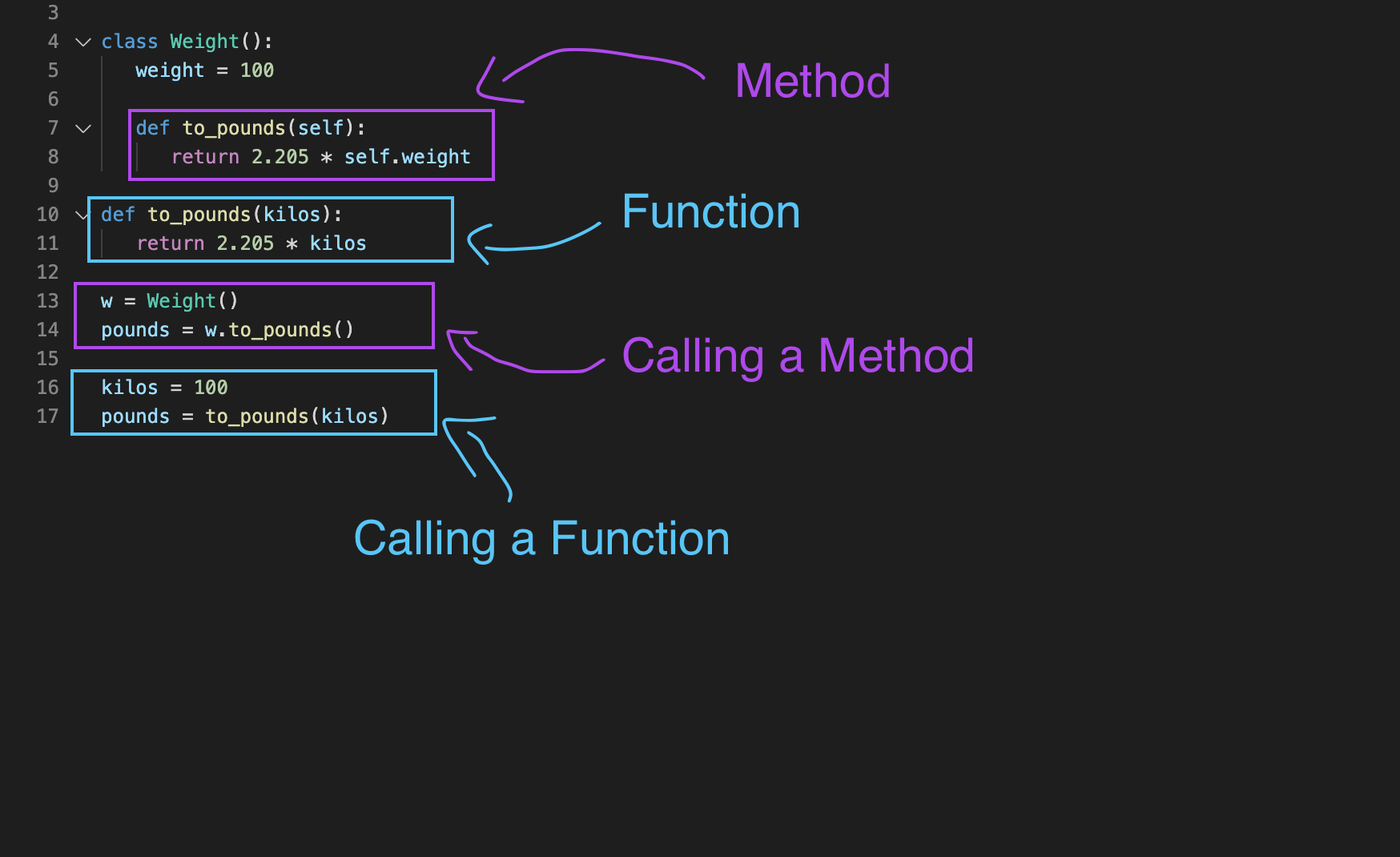 The difference between a function and a method in Python is:

Calling a function on an object looks like this:

And calling a method of an object looks like this:

Here is a simple illustration:

Let’s see some simple examples to support understanding it better.

Function vs Method Example in Python

Probably the most famous function in Python is the print() function. You can call it on any object to output the object as a text in the console.

To print a string, for example, call print() function on a string.

This is a great example of calling a function on an object in Python.

The string type str has a ton of built-in methods. One of which is the upper() method that converts the string object into uppercase.

To convert a string into uppercase, call the upper() method of a string.

This is a great example of calling a method on an object in Python.

To finish it off, here is a code example of a custom class with a method. Outside the class, there is a function with the same name.

Please read the comments to understand what it’s all about.

Today you learned what is the difference between a function and a method in Python.

An example of a function in Python is the print() function.

An example of a commonly used method in Python is the upper() method of a string.

Hi, I'm Artturi! I'm an entrepreneur and a blogger from Finland. My goal is to make coding and tech easier for you.
All Posts »
PrevPreviousPython What Is the Point of Finally Statement
NextPowerset—How to Get All Combinations of a List in PythonNext