Home » The with Statement in Python 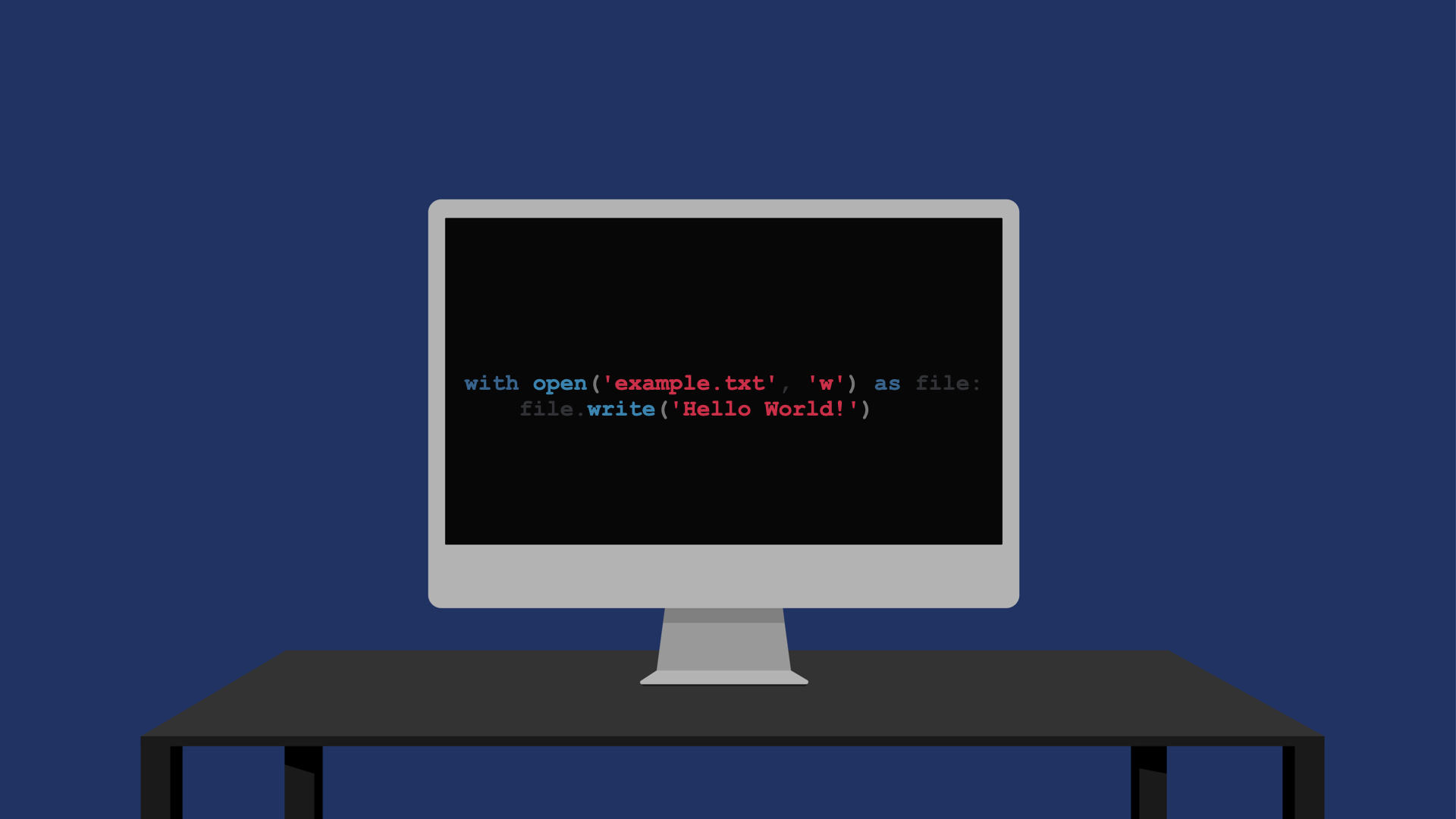 The with statement in Python helps you with resource management. It ensures no resources are accidentally left open.

The with statement is a replacement for commonly used try/finally error-handling statements.

A common example of using the with statement is opening a file.

To open and write to a file in Python, you can use the with statement as follows:

The with statement ensures the file is closed after the writing has been completed.

Another way to write to a file is like this:

But as you can see, the with approach is way smoother.

As it turns out, the latter resembles what happens behind the scenes when you call open() using with statement.

Today you are going to:

How to Open Files in Python

To open and write to a file, you can use this approach:

This small program opens up a file called example.txt (assuming it is in the same folder as the project file). If there is no such file, a new file is created. Then the program writes "hello world" to the file and closes it.

There is nothing wrong with this approach. But there is a more elegant way to do it—by using the with statement.

Let’s repeat the above example using the with statement:

But what does the with statement do? Can you call it on any object?

Let’s next discuss the with statement in more detail.

One might think the with statement only works with the open() function. But this is not the case.

You may want to write a context manager if you want to automatically close resources in your project.

For a class to qualify as a context manager, it needs to implement these two methods:

After implementing these methods, you can use the with statement on the objects of the class.

Now you can use this custom class with the with statement as follows:

As a result, this program creates a file called example.txt and writes "hello world" into it—Just like the open() function.

Let’s go through how the code works.

Write Your Own Context Manager Methods in Python

So far you have learned:

To turn a method into a context manager, use the contexlib module:

As an example, let’s create a custom version of the open() method. This function opens a file, writes text to it, and closes it.

This code works such that:

So far, you have learned:

But in the previous examples, you’ve only dealt with files. This is not the only use case for context managers. You can also get creative.

A context manager is a class or method that supports the with statement. In other words, it implements the methods __enter__() and __exit__().

Let’s create a bullet point list object that supports any number of indentations.

Obviously, there are many ways to achieve this. But as we are talking about context managers, let’s write one for this task.

The goal is to create a program that supports a nested with structure that acts as a nested bulleted list. This would make the code of writing bulleted lists readable:

As a result, we want an output like this:

Let’s turn this idea into code.

To write a program that behaves as described, let’s write a context manager.

The context manager takes care of the indentations of the bulleted list elements. It also chooses the right bullet type.

Here is how to put it together in code:

Now you can use this class to create bulleted lists according to the specifications.

Let’s next inspect how the code works:

Notice how this task had nothing to do with opening/closing files. Instead, the __enter__() and __exit__() methods took care of the indentation levels.

In Python, the with statement replaces a try-catch block with a concise shorthand. More importantly, it ensures closing resources right after processing them.

A common example of using the with statement is reading/writing to a file.

A function or class that supports the with statement is known as a context manager.

A context manager allows you open and close resources right when you want to.

You may also write your own context manager classes and methods.

Feel free to get creative with context managers—you are not restricted to only dealing with files with them.

Hi, I'm Artturi! I'm an entrepreneur and a blogger from Finland. My goal is to make coding and tech easier for you.
All Posts »
PrevPreviousNull in Python
NextFrozen Sets in PythonNext